Nissan Leaf vs Chevy Bolt: Which Car is Better? 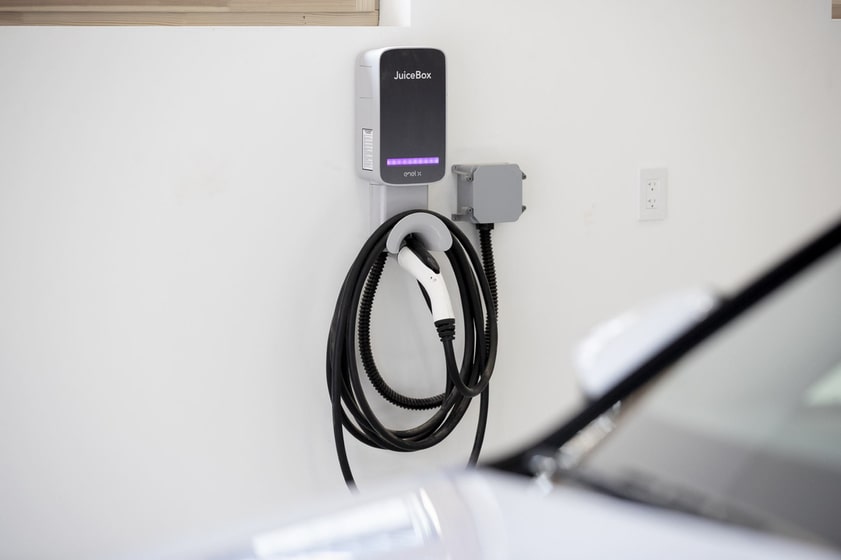 Pros and Cons of the Two Most Popular EVs

The near-term future of cars suddenly looks fully electric. Battery electric vehicles (BEVs) didn’t reach one percent of US car sales until 2018, and didn’t crack two percent until 2021, but this year they’ve already topped five percent, and they’re still accelerating. President Biden announced a goal of EVs growing to 50% of US passenger sales by 2030, and California just banned new gas-powered cars from being sold by 2035.

This is great news for consumers. EVs also cost about $1,000 dollars less per year to use than gas-powered vehicles do, primarily because of savings on fuel and maintenance, especially for those who use a level two home charger. Over the life of a vehicle, the savings add up! When you consider generous tax incentives for EV purchases and home-charging, they’re often a much better deal than internal-combustion engines. Improvements in range, charging infrastructure, and engine performance mean the typical driver isn’t sacrificing anything when they eliminate fossil fuels. No wonder over 95% of EV drivers say they won’t go back to gas!

But that means there are suddenly so many EV models to choose from: Drivers only had two choices in 2010, only twenty by 2015, but then got nearly 50 during 2020, and now Bank of America analysts estimate that at least 85 additional electric car models will launch between now and 2024. Today’s diverse EV options are cheaper, faster, longer-lasting, and more reliable.

Let’s look at two of the standard best-selling electric vehicles: the Nissan Leaf and the Chevy Bolt.

The Nissan Leaf, introduced in 2010, was among the very first fully-electric cars widely sold. It won a number of awards in its first two years on the market, including the Green Car Vision Award, the European Car of the Year, the World Car of the Year, and the Japanese Car of the Year (twice). By the end of 2019, it was still the world’s all-time top-selling plug-in electric car, though Tesla’s Model 3 overtook it in 2020. On September 9th of 2020, Nissan celebrated “World EV Day” by producing its 500,000th Leaf.

Nissan continually improves its Leaf models to stay ahead of the competition, like increasing the range from under 100 miles to just over 200 miles. In 2017, the automaker switched to a “second generation” set of Leafs, radically updating everything from its looks to its handling.

The Chevy Bolt’s “first generation” was actually the Chevy Volt (with a “V”), a plug-in hybrid which launched in 2011. It quickly became the best-selling electric car in the United States, and earned the highest consumer satisfaction rating of all GM cars.

But in 2019, Chevrolet retired the Volt to make way for GM’s first long-range all-electric vehicle: the Chevy Bolt (with a “B”). Not only does this mean you save big on internal combustion maintenance—adding up to about $4,500 of savings over the life of the car—but the Bolt also accelerates from zero to sixty a whole second faster, and its engine harnesses fifty more horses of power.

The Bolt also comes with more amenities, more cargo space, better handling, a new look, and more. The advantages were so substantial that General Motors discontinued its extremely successful hybrid for the vehicle’s more advanced successor.

The most obvious difference between these cars and their competition is sticker price. The average EV price in the US rose over 13% last year to reach $66,000, while the Bolt and Leaf are both far cheaper.

Further, the Nissan Leaf is still eligible for the $7,500 federal tax credit on electric vehicles, whereas General Motors has already sold too many EVs to continue qualifying.

State tax incentives can be substantial depending on where you live. If you qualify to receive this benefit, then you should clearly consider a Nissan Leaf.

The 2022 Nissan Leaf Plus options begin at $32,400 with add-ons many people require, like decent battery capacity. In contrast, the Bolt automatically comes with solid range. Other high-end additions can bring the Leaf’s price up to $37,400, whereas the Bolt only ranges up to $34,700. But if you fully qualify for federal EV tax incentives, even the highest-end Nissan Leaf still comes in at just under the basic Chevy Bolt. However, cost is hardly the only difference between these two cars.

The Nissan Leaf starts with a 40 Kilowatt-hour (kWh) battery offering a capacity for 149 miles of maximum range. That’s definitely better than the original version’s 24 kWh lithium-ion battery pack, but nowhere near the industry standard. According to the EPA, the median driving range of all-electric vehicles topped 250 miles back in 2020. The main reason why many Leafers opt to shell out for the Leaf e+ S, with its 62 kWh battery, which yields an EPA range of 226 miles: it’s still the least expensive way to get an EV that can go more than 200 miles.

The Chevrolet Bolt automatically comes with 259 miles of maximum range and 66 kWh of Li-ion capacity. The Bolt gets 120 Miles-Per-Gallon equivalents, whereas the Leaf only gets 108 MPGe, a distinction which might add up to a noticeable difference in electricity costs over the lifetime of the car. Perhaps most important, the Leaf relies on a CHAdeMO charging interface. Standard J1772 plugs work on these for Level One and Level Two Electric Vehicle Supply Equipment, so you can purchase a home charger station without fear. Most super-fast Direct Current EVSE in the US runs on the Combined Charging System standard, and the Leaf has no adapter to work with these. Meanwhile, many companies are phasing out their Level Three CHAdeMO connectors. The combination of short range and reliance on overnight charging means the Nissan Leaf is definitely not ideal for road-trippers.

Overall, these cars work similarly well. The Chevy Bolt and the Nissan Leaf Plus both have about 200 horses of power, about 250 pound-feet of torque, and about 150 kW motors. They both accelerate from zero to sixty miles-per-hour in 6.5 seconds. They both have three-year or 36,000-mile overall warranties, and eight-year or 100,000-mile battery warranties. They’re both compact hatchbacks that seat five people; they have the same turning diameter, headroom, and shoulder-room. They differ by one inch in width, by two inches in height, and by one and a half cubic feet in passenger volume.

The most noteworthy difference: Leaf hatchbacks normally offer 50% more storage space, but with back seats down, Bolt offers twice as much. See here for more.

The most surprising difference here is that the Nissan Leaf Plus takes 11.5 hours to fully charge on a Level Two charging station. Meanwhile, the Chevy Bolt only takes 7 hours.

If you can find Level Three CHAdeMO EVSE, the Nissan Leaf can add about 150 miles of range in only 40 minutes, while it takes CCS Direct Current charging about 30 minutes just to refuel it with 100 miles. See here for more.

It is no wonder both the Chevy Bolt and the Nissan Leaf are selling about 20,000 units per year in the US. They are two of the four new EV models that come highly recommended by Consumer Reports this year, along with the Tesla Model 3 and the Hyundai Kona Electric. If you are among the millions of people going electric this year, either would almost certainly make a great choice. Plus, the differences between their desirability have much more to do with your circumstances than their characteristics: whether you qualify for certain tax incentives, or need an automobile that can go longer distances.

Whichever one you pick, be sure to consider a Level Two home charger.

Level One charging adds just about four miles of range per hour to the Chevy Bolt, and takes well over two full days to fill up the Nissan Leaf. In contrast, Level Two charging adds over miles of range per hour to the Bolt, and completely fills up the Leaf in just over ten hours. That should be much more than enough to cover all your driving needs, aside from road trips. Plus, Level Two charging is the best way to keep your battery healthy, which is the largest single maintenance cost associated with electric vehicles. And there are many tax incentives that help make our home chargers extra affordable. So it shouldn’t be surprising that EV drivers overwhelmingly prefer to have dedicated Level Two home charging.