The Future of Electric Vehicle Battery Technology: Everything You Need to Know 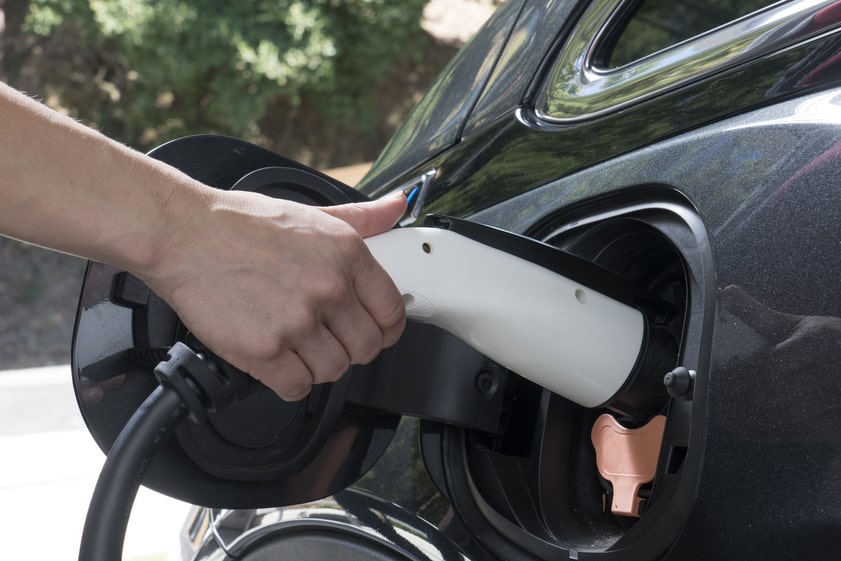 The future is bright for the electric vehicle (EV) world, with battery technology improving at a rapid pace. In the past decade, groundbreaking research and technological improvements have been responsible for battery prices falling from $1,100 per kilowatt hour to $156 per kilowatt hour. This bodes well for the future of EVs, foretelling a dream where every car can run on clean, renewable electricity.

By driving an EV, you get the opportunity every day to be a part of this future in the making. While several EV models offer high-tech perks and accessories, like self-driving capabilities and more, every EV itself has a marvel of technology: its battery.

A far cry from the Duracells you see in the store, EV batteries store a LOT of power in a small package. And battery technology is improving at an exciting pace. This is why experts predict electric vehicles will be cheaper to purchase than gas-powered vehicles by 2027 in Europe, and the US won’t be far behind. EVs already have an equal or cheaper lifetime cost, so as technological advancements continue, EVs will continue to become more competitive.

Here’s what we expect to see:

Cost Improvements from Scaling up

As EVs become more and more popular, and the industry scales up, manufacturing becomes more affordable with bigger returns to scale. Battery orders are through the roof. Auto manufacturers have responded to this increase in demand for electric vehicles by adjusting their manufacturing process to allow for more output. The EVs have designs based on standardized cells and modules that can be scaled up and down, and some pieces can be standardized and made more affordable. Volkswagen has a plan to use standardized EV components called a “Modular Electric Toolkit” (MEB), which they intend to use to create a million new EVs each year by 2025.

As EVs proliferate, more gains can be found from expanding existing facilities, streamlining manufacturing equipment, and improving materials. With all these advancements, analysts expect battery prices to reach $100 per kilowatt hour by 2023 and $61 by 2030. This would make EVs not only competitive but less expensive than gas-powered vehicles.

With the prices dropping and technology improving, automakers will have a choice to make: improve EV driving range or make electric vehicles  less expensive. Experts predict they’ll do both. This means, on the one hand, there will be more electric vehicles with ever-expanding range capabilities that will appeal to the high-end luxury consumer segment or to the transportation industry for shipping or trucking. On the other hand, automakers will be able to install smaller, more efficient batteries in electric vehicles to achieve the same battery capacity and range as many of today’s models do, with a significantly lower price tag. Ultimately, we will see EVs become much more affordable and accessible.

As batteries become more affordable, people around the world will find new ways to use them, which will increase demand, incentivizing further research, greater output, and more efficiency improvements, which will again lower prices. This creates what energy analyst Ramez Naam calls the “energy storage virtuous cycle.” 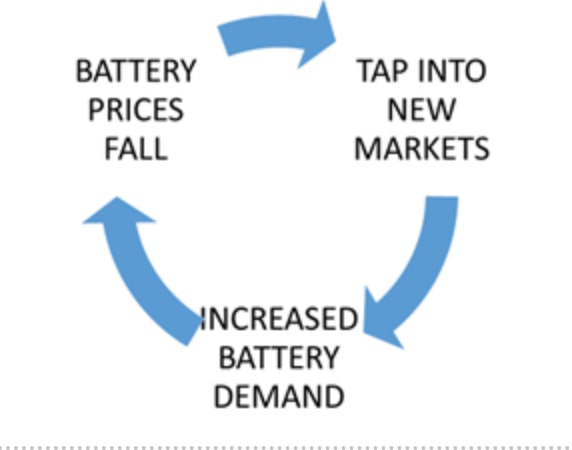 What’s next for batteries? Perhaps they can be used in planes, ships or drones? Time will tell — and we’ll be watching!

Let’s talk chemistry for a moment. Most electric vehicle batteries — and indeed most batteries for electricity storage in general — are lithium-ion batteries (LIBs). LIBs are known for carrying a lot of electricity in a small package, and grew in popularity because they lasted much longer than their predecessors.

Within the LIB world, there are many variations. Most automakers use lithium nickel manganese cobalt oxide (NMC) batteries. Tesla uses lithium nickel cobalt aluminum (NCA). Both types use cobalt — which automakers are trying to limit, as it’s the most toxic and expensive ingredient in an electric car battery. Some large automakers have vowed to reduce and eventually eliminate cobalt. To do so, Tesla is focusing on batteries that use more nickel, while other automakers are working on boosting manganese. In China, the EV market is captured by a battery that doesn’t use any cobalt whatsoever: lithium ferro phosphate (LFP) batteries. Volkswagen and Tesla have both indicated that they plan to start using LFP batteries in their entry models.

This is good news. As EVs continue to grow popular, it will become even more important that their materials and components are sourced ethically and sustainably, and efforts to move away from cobalt are a step in the right direction.

There are also several other EV battery types being researched. One that’s getting the most attention right now is the “solid-state” battery. LIBs use liquid electrolytes that limit the kind of electrode that can be used and the shape of the battery cell; solid electrolytes have much higher energy density and won’t catch on fire. That’s why they’re known as the “holy grail” of batteries, which is why many automakers — like GM, Toyota, Nissan, and more — are investing big. Time will tell if they’re able to scale up enough to make an impact in the electric vehicle industry.

The more EVs and batteries grow in market share, the more countries will want to be ahead of the game as manufacturers. Researchers at Deloitte expect the global market for EV batteries alone to hit almost a trillion dollars by 2030. We expect to see federal dollars flow at a greater rate into battery research, in the United States and around the world.

There’s a lot out there we can’t predict, but it’s an exciting time for the EV battery industry. If you’re thinking about becoming an EV owner, you’re making the right choice. You’re taking a step into the electric-powered future.

In this future, you’ll want to make sure your electric vehicle is charged. With our Juicebox Level 2 smart home chargers, you’ll be able to juice up your car in no time. Our EV chargers are easy to install and will help you charger your EV faster, cleaner and smarter. Check out the Juicebox smart home chargers today.