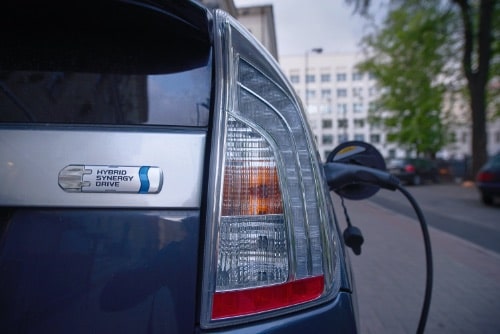 The Prius is one of the most famous cars of the past two decades. Touted as the original hybrid vehicle, and viewed as a bold leap in automotive technology, this Toyota is the best of both worlds. But what exactly makes the Toyota Prius so effective as a hybrid car? This article will tell you everything you need to know about Prius battery operations, how the Toyota Prius battery charging system works and affects the car’s longevity.

In California, hybrid electric vehicles are warranted up to 150,000 miles or ten years. Outside of California, most states only require hybrid electric vehicles to guarantee the life of their hybrid battery for 100,000 miles or eight years. Because Prius hybrids are still relatively new cars, there is only a small sample size concerning how long a Toyota Prius hybrid battery will last. Most Prius owners with vehicles from the early 2000’s claim that their Toyota Prius battery lasted anywhere between 12 and 15 years before it needs a battery replacement. Some Prius owners boast of battery life that reaches mileage volumes of 200,000+ miles, but these cases seem to be rare.

When the original battery in your Prius is no longer able to hold a charge, the hybrid battery pack will need to be replaced. The average price of a new battery pack for a Prius is somewhere in the range of $2,400, not including labor costs. While this battery replacement cost is higher than the typical cost to replace a lead-acid battery for a gas-powered car, you must consider that the lithium-ion battery pack in a Prius is much more powerful and handles a much larger workload.

The other important factor to consider when replacing the original battery in your Prius is that these batteries last a very long time. Though the upfront cost to replace the Toyota Prius hybrid battery may seem high, the long term dividends of having a new battery will pay off with the long term use of your vehicle.