Revenge of the Electric Car - April 2011 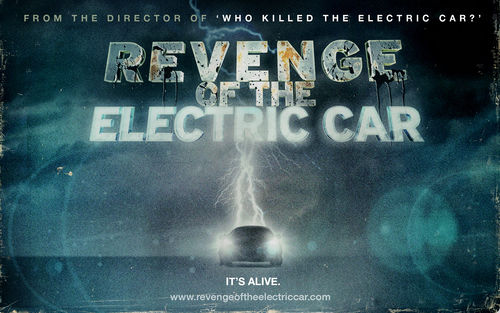 Our Electric Fiat Joins The Battle

Our Fiat conversion has been featured on the site of the upcoming movie 'Revenge of the Electric Car' by Chris Payne. The movie is a follow-on to his 2006 feature 'Who Killed the Electric Car' The two documentaries illustrate the evolution from outright rejection of the electric car by car manufacturers 10 years ago to nearly every carmaker announcing electric versions of their cars now!

These introductions of new electric cars is very beneficial for electric conversions, as well - more and more people find out why electric cars are better than gasoline BUT at the same time people realize that at least for a number of years the choice will be limited. For example, if you really like the way your car looks and handles and don't want to change to another brand, most likely you are out of luck with the electric options for the next few years. Even those cars that are supposedly available as new electric (Nissan Leaf, etc) have 2-year waiting queues as of April 2011. More work for team eMotorWerks!