What Is the Future of Gas Stations vs EV Chargers? 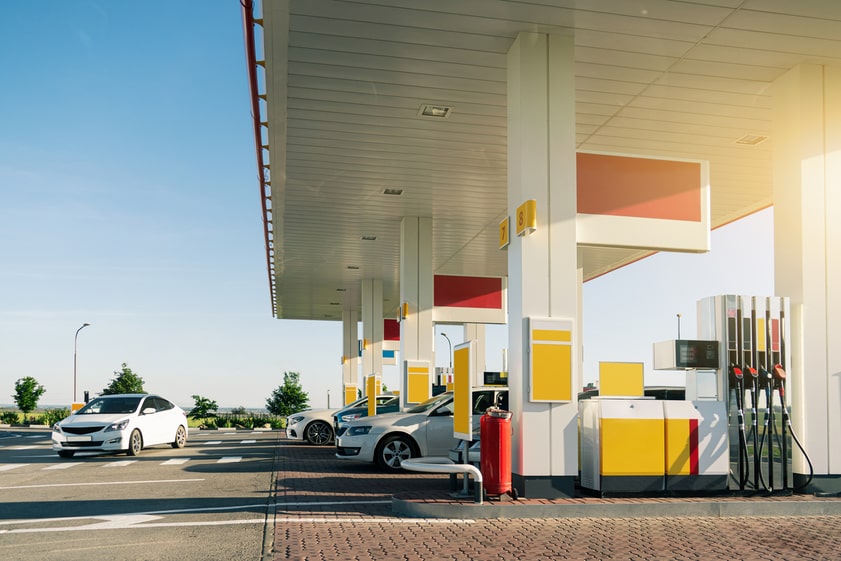 Electric Vehicles (EVs) are already becoming far easier to own and operate than gas-powered vehicles: less costly and more convenient to fuel, cheaper to maintain and equally if not less expensive to initially purchase. Sizable federal rebates for EV purchases are guaranteed for the next several years through the Inflation Reduction Act, and many states offer additional rebates for purchasing EV smart chargers. These, the growing electric vehicle resale market, plus design innovations and sinking battery production costs, are making EVs price-competitive with gas-powered vehicles.

Range anxiety has also all but disappeared in the past few years given the longer range of EVs (in 2016 just one light-duty EV model had a 300+ mile range, in 2022 there were 14), faster speed of Level 3 charging and increased number of public chargers in the network. With the rapidly expanding EV charging station network, gone are concerns about running low on batteries without a charger nearby.

These benefits are translating to rapid adoption of EVs. Indeed the International Energy Agency predicts that 60% of vehicles sold globally will be EVs by 2030. With so many drivers going electric, what is the future of gas stations? Will they go the way of video rental stores, increasingly cumbersome as on-demand at-home streaming flourished?

Gas Station Numbers Have Been Shrinking for Almost Three Decades 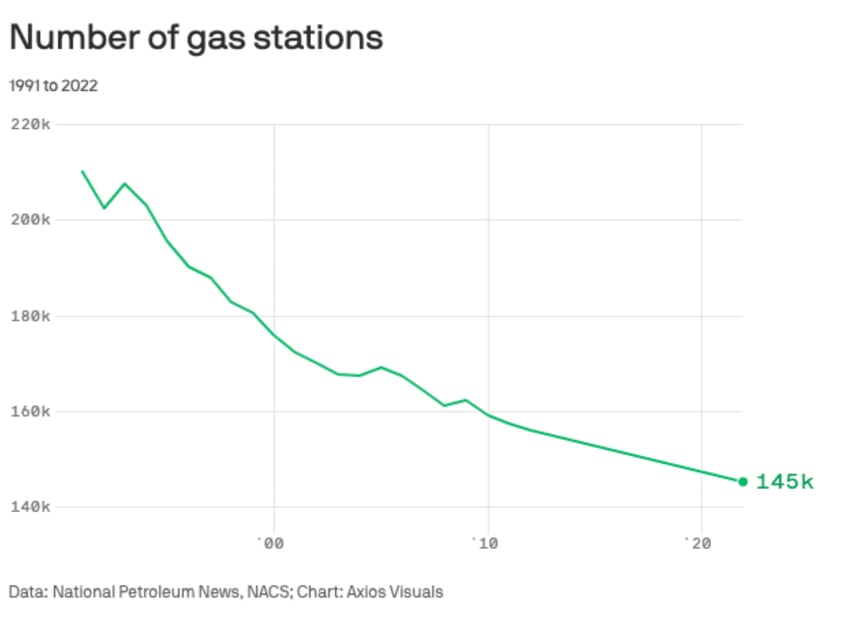 The number of fuel stations across the US has long been dwindling. Part of that is gas station owners in urban locations realizing they can sell their lot to developers for far more than they could make running the gas station.

Part of their decline is attributable to the rise of onboard GPS—first in standalone devices like the TomTom and now in smartphones—which have reduced drivers’ needs to pull into gasoline stations for directions, thus lowering foot traffic. The steady downturn in smoking has also hit gas station revenues; cigarettes were a big-ticket item.

Rising rent prices have also played a role. Gas station owners make slim, relatively fixed margins on gas. After accounting for labor, insurance, utility bills and rising credit card fees, station owners make $0.03-$0.07 per gallon. This hasn't changed as prices at the pump have risen over the decades, making it harder to keep up with rising rent.

The Beginning of the End for Gas Stations?

Now some cities in California are accelerating this trend by banning the building of new gas stations. It began in 2021 in Petaluma, a small city in Sonoma County, California, and has already spread to four other Bay Area towns. The idea has taken hold in Los Angeles, the heart of a county with more than six million registered cars.

New gas station-building has been slow in Los Angeles anyways, with no more than three permits for new gas stations awarded annually from 2016 to 2021. But LA City Councilman Paul Koretz, who proposed the bill, wants more. “Given Governor Newsom’s timeline to end the sale of gas vehicles by 2035, gas stations are a dying business,” Koretz told the LA Times. “Their toxic chemicals take years and millions of dollars to clean up.”

How Many Gas Stations vs EV Chargers Are There?

In 2022 there were roughly 140,000 public EV chargers servicing 1.7 million EVs across the country, or 12 cars per plug. Many of these are Level 2 smart chargers like the JuiceBox, while others are Level 3 Fast Chargers operating at up to 250 kW. Together they make between 12 and 25 as many plugs per EV, not even accounting for Level 2 smart home chargers, which 80% of EV drivers say they rely on primarily.

Public EV chargers across the country are also built under an entirely different paradigm than gas pumps. Because they don’t transmit hazardous, spillable material, EV chargers can be safely installed in parking garages, mall lots and home driveways, making for a much more diversified refueling network: one geared entirely around convenience.

Now both the 2022 Infrastructure Investment and Jobs Act and the Inflation Reduction Act will accelerate new investment in that network. All told, it’s possible EV charging plugs will always be more ubiquitous per vehicle than gas pumps.

Early in 2022 BP told Reuters that “fast electric vehicle chargers are on the cusp of becoming more profitable than filling up a petrol car.” This was based on the profit margin for refueling alone, not accounting for the ancillary revenue opportunities EV charging affords.

BP’s commentary suggests that speculating about the demise of gas stations may be overlooking broader trends in the energy industry. The major energy companies—BP, Shell, Exxon and Chevron—read the tea leaves decades ago; they’ve been investing heavily in renewables, from solar and wind farms to battery storage and EV charging infrastructure. In so doing they’ve tested the economics on EV charging for single-store operators, which make up 43% of all US gas stations.

It’s much more likely in the near future that at least some of these gas stations will retire their fuel pumps and install Level 3 EV chargers than simply close their doors. Especially if EV buying in the near-to-medium term outpaces public EV charging infrastructure, fueling stations could play an important and lucrative role in closing the gap for EV drivers who don’t have easy access to home or work charging.

Find the Right Smart EV Charger for You