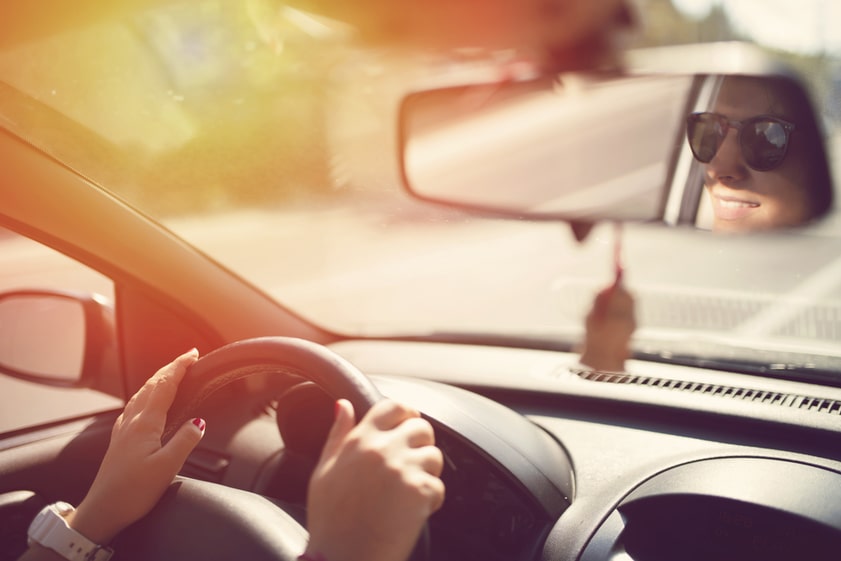 This might just be the moment that electric cars switch into high gear. EV sales rose by more than 10% in the last year, and are now over 10% of the new car market. Likewise, battery electric vehicles (BEVs) didn’t reach one percent of US car sales until 2018, and didn’t crack two percent until 2021, but this year they’ve already topped five percent, and they’re still accelerating. Now, experts estimate that over half of auto sales will be electric by 2030, and California just banned new gas-powered cars from being sold by 2035.

Part of the reason electric vehicles have raced ahead of their competition is that they’ve become much better cars. For one thing, drivers only had two EV models to choose from in 2010, and only twenty by 2015, but then got nearly 50 during 2020, and now Bank of America analysts estimate that at least 85 additional electric car models will launch between now and 2024. Plus, improvements in range, charging infrastructure, and engine performance mean the typical driver isn’t sacrificing anything when they eliminate fossil fuels. No wonder over 95% of EV drivers say they won’t go back to gas!

This is great news for consumers. First of all, there are generous tax incentives for EV purchases and home-charging, to compensate green households for doing their part. Moreover, EVs cost about $1,000 dollars less per year to use than gas-powered vehicles do, primarily because of savings on fuel and maintenance, especially for those who use a level two home charger. Over the life of a vehicle, that adds up! Altogether, they’re often a much better deal than internal-combustion engines these days.

But with all these options for cheap, fast, long-lasting, and reliable EVs, which one should you pick? Let’s look at two of the standard best-selling electric vehicles: the Chevy Bolt and the Tesla Model 3. There are plenty of other great, green options to consider — from the Audi e-tron to the Nissan Leaf — but these two seem particularly noteworthy to many drivers nowadays.

The Chevy Bolt’s “first generation” was actually the Chevy Volt (with a V), one of the first plug-in hybrids on the market, which launched in 2011. It quickly became the best-selling EV in the United States, and received the best consumer satisfaction rating of all GM cars. But in 2019, the Chevy Volt was retired to make way for GM’s first long-range all-electric vehicle: the Chevy Bolt (with a B). Not only does this mean you save big on internal combustion maintenance — adding up to about $4,500 of savings over the life of the car — but the Bolt also accelerates from zero to sixty a whole second faster, and its engine harnesses fifty more horses of power.

The most immediately noticeable change is that the Volt was a low-riding sedan, whereas the Bolt’s a taller hatchback, though both are compact. The Bolt also comes with more amenities, more cargo space, better handling, a new look, and more. And it qualifies for more tax credits! These advantages were clear enough that General Motors discontinued its extremely successful hybrid for a more advanced successor. Overall, the Bolt just had so many advantages that the Volt had trouble keeping up.

Tesla’s Model 3 was also inspired by an earlier EV made by GM: the experimental “EV1” from the late-1990s. Tesla’s founding team spent the next several years ironing out its engineering difficulties, and unveiled their first prototype in 2006, called the Roadster. Their first model, produced in 2008, could already travel almost 250 miles on a single battery, with comparable top speed and acceleration to many consumer-level sports cars. However, its six-figure price and its multi-day charging time remained roadblocks to widespread uptake. So in 2012, the company switched its focus to sedans, and began producing the Model S, with a focus on affordability and convenient chargeability.

So which one should you pick? Well, it depends on what you’re looking for!

Many people who haven’t yet purchased EVs worry about range and charging times. But both the Chevy Bolt and the Model 3 have an EPA-estimated range of just about 260 miles on a single charge. That’s about the same distance that the average gas car can go on one full tank. However, if that’s not enough, you can pay to upgrade the Tesla to a “Long Range” version, and get over 350 miles of capacity.

Each of them can fully charge in around eight hours using a Level Two home charger like the JuiceBox, which is also the best way to maintain battery health. But the Chevy Bolt requires an upgraded port to use super-fast DC chargers, and the Model 3 charges about twice as quickly at these Level Three charging stations, adding more than 150 miles in 30 minutes. Overall, these differences should be negligible aside from special cases like road trips.

The latest Manufacturer Suggested Retail Price (MSRP) for the Chevy Bolt is $25,600, whereas for the Model 3 it’s $46,990, or $57,990 if you want the Long Range version. That’s a pretty big difference! However, Tesla offers consistently better warranties: it covers everything from whole vehicles to powertrain components for much longer than the Bolt does.

Overall, the Model 3 performs noticeably better than the Bolt. Tesla offers unique driver-assist and self-driving features like its adaptive cruise control and autopilot options. The Model 3 accelerates from zero to sixty in roughly half the time, reaches top speeds that are about 50% faster, and more. However, the Bolt’s regenerative braking — which captures the kinetic energy that would otherwise be lost when the car slows down or stops — is significantly more powerful, so city driving shouldn’t drain your range as much.

The Model 3 has a bit more room for passengers, but the Bolt has much more room for cargo storage. They both come with forward collision alert, automatic emergency braking, lane departure warning, rear cross traffic alert, blind spot monitoring, parking assistance, and so many other fancy high-tech capabilities. Overall, they’re both great cars, and they both stand out way ahead of the earlier models that inspired them.

So why not see what all the fuss is about? Google searches for EVs spiked to an all-time high this year, and the vast majority of EV drivers aren’t even considering going back to gas. They’re quite happy with their choice. But whichever one you pick, be sure to consider a Level Two home charger. Level One charging adds just about four miles of range per hour to the Chevy Bolt, and even less to the Model 3. In contrast, Level Two charging can completely fill up each in just nine hours, while you sleep. Plus, Level Two charging is the best way to keep your battery healthy, which is the largest single maintenance cost associated with electric vehicles. And there are many tax incentives that help make our home chargers extra affordable. So it shouldn’t be surprising that EV drivers overwhelmingly prefer to have dedicated Level Two home charging.