Is The Nissan Leaf a Hybrid? 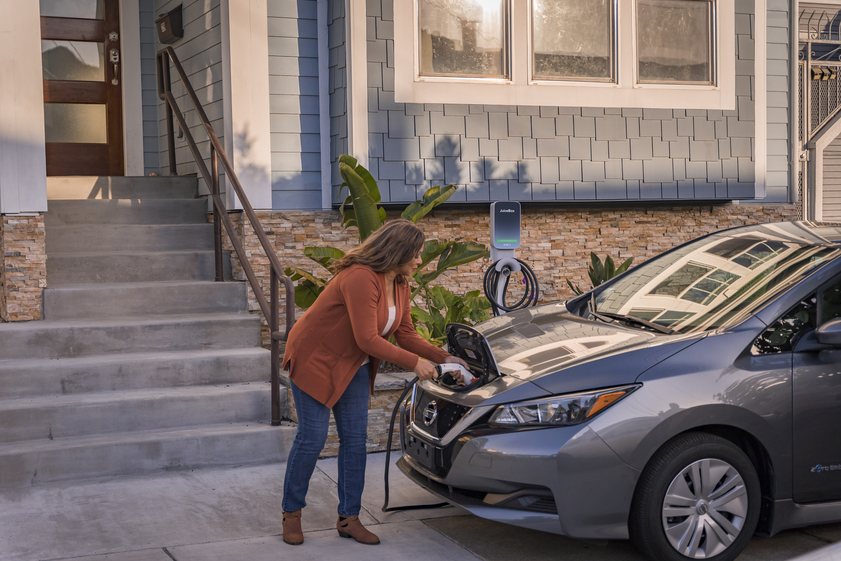 Spoiler Alert: No! Here’s What That Means

At the same time the Nissan Leaf rose in popularity, so did hybrid vehicles and plug-in electric hybrids. It’s easy to confuse them, but the Nissan Leaf is NOT a hybrid vehicle. It’s a fully electric battery-operated vehicle. That means no gas and little to no maintenance. But if you were also wandering about Nissan hybrid models, a few of them include the Altima, Murano, Pathfinder, and Rogue Hybrid models.

But what’s the difference between a hybrid vehicle and an EV, anyway? Read on to find out!

First — More about the Nissan Leaf

The Nissan Leaf is a battery-powered four-door hatchback and remains one of the most affordable electric vehicles on the market. It’s a short but spacious vehicle with plenty of great features like driver assistance and safety technologies.

The Leaf comes in two versions: the standard Leaf has a 40 kWh lithium-ion battery pack with a 149 mile range. The Leaf Plus has a 60 kWh lithium-ion battery with a 212 mile range. With a level 2 charger, you’ll be able to juice up within ten hours to full power on both. With an MSRP of $27,800 and federal tax credit qualifications, the standard vehicle can be purchased for $20,300 nationwide, and even less in certain states like California, with a clean vehicle rebate program of an additional $2,000 off. You can check out which incentives you qualify for at this link.

There’s no denying this vehicle’s impact. Since it was introduced, more than two billion miles have been driven by a Nissan Leaf worldwide.

What’s the Difference Between Hybrids and BEVs?

Interested in learning how to charge Nissan Leaf? BEVs are powered entirely by electricity. A BEV has no internal combustion engine (ICE), no fuel tank, and no exhaust pipe. Instead, it has one or more electric motors powered by a large battery, which must be charged through an external outlet. You’ll want to have a powerful charger that can fully power up your vehicle overnight, like the JuiceBox level 2 home charger — more on that below. How long does a Nissan Leaf battery last? Consumers report that batteries can last upwards of 10 years before a replacement.

PHEVs are powered by a fuel-based internal combustion engine, as well as an electric motor with a battery that’s recharged with an external plug (which, again, would benefit from a good home charger). A fully charged PHEV can travel a decent distance on electric power — about 20 to 30 miles — without resorting to gas.

Standard hybrid vehicles use gas and electric motors interchangeably to maximize fuel efficiency, but they can’t drive without gas in the engine. These vehicles are typically not included in EV goals and measurements.

Benefits of the BEV

Simplicity: The simplicity of the BEV is one of its biggest advantages. There are so few moving parts in a battery electric vehicle that very little maintenance is required. There are no oil changes or other fluids like engine oil, and very few tune-ups are required for a BEV. Simply plug in and go!

Cost-savings: The savings from reduced maintenance expenses can add up to significant savings over the lifetime of the vehicle. Also, fuel costs are generally higher when using the gas-powered combustion engine versus electric power — especially lately, due to rising inflation. When you charge with a smart charging station like the level 2 JuiceBox home charger, you can charge during the most affordable times when electricity rates are lowest.

Climate benefits: When you drive fully electric, you can rest easy knowing that you’re helping the environment by moving the world away from gas. Internal combustion engines release planet-warming carbon dioxide, as well as toxic chemicals like nitrous oxides, volatile organic compounds, fine particulate matter, carbon monoxide, ozone, and lead. EVs are more than four times more efficient than gas-powered cars, giving them a major advantage over traditional vehicles and equating to saving around three tons of carbon dioxide emissions each year.

Further, you can leverage a level 2 JuiceBox to charge when the grid is cleanest with JuiceNet Green. Even better, purchase our Green-e Certified Renewable Energy Certificate (REC) JuiceEco to power your driving exclusively with renewable energy for as little as $30 per year representing 10,000 miles of carbon free driving.

The Future of the Nissan Leaf

Rumors abound that the Nissan Leaf will soon meet its end. We’re not sure if that’s true — Nissan spokespeople said the country had a “renewed” interest in the Nissan Leaf amid the recent surge in EV popularity. But even if it is, it will remain on the market as a secondhand vehicle for many years to come. This car can drive up to 150,000 miles before requiring any major upgrade, or approximately 10 years of service.

In the meantime, Nissan has just introduced its second fully electric offering, the larger and sportier Nissan Ariya. This electric crossover has a variety of models with a battery range of 260-304 miles, and will be on sale in fall 2022.

The Future Is Electric

No matter what kind of EV you drive, you’ll want a powerful home charger that will help you charge cleaner, cheaper, and faster. Shop our JuiceBox level 2 chargers today.