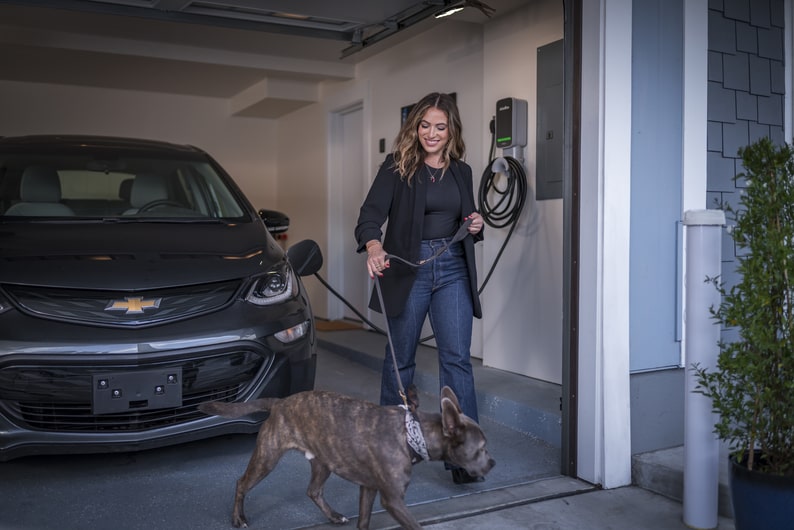 More and more people are opting out of the gas engine vehicle and switching to the battery power vehicle. And aside from the Tesla Model S, the other car brand often talked about the EV industry is the Chevrolet.

You’ve probably heard of the Chevrolet Volt, the major car company’s keystone electric offering. But have you heard of the much newer, fully-electric Chevrolet Bolt?

If you’re confused about these two electric vehicles with such similar names, you’re not alone! Read on to learn more about the differences between the Chevy Bolt and Chevy Volt, to learn which one is right for you.

The Chevy Volt was one of the first plug-in hybrids on the market. It debuted in 2011, quickly earning the highest consumer satisfaction rating of all GM cars, and soon became the best-selling electric car in the United States. But in 2019, after a long and illustrious eight-year career, the Chevy Volt was retired to make way for a more advanced successor.

The Chevy Bolt, GM’s first long-range all-electric vehicle, began rolling out into dealerships across the country in 2017. The most immediately noticeable development is that the Volt was a low-riding sedan, whereas the Bolt is a taller hatchback, though both are compact. However, the differences between them go much deeper than their exteriors, and the Bolt’s deep-down advantages have done so well that the Volt had trouble keeping up!

So, what are these key changes?

The key difference is that the discontinued Chevy Volt is a plug-in hybrid electric vehicle (PHEV), whereas the Chevy Bolt is a battery-powered electric vehicle (BEV). This means that, in addition to a battery-powered engine, the Chevrolet Volt also has a gas tank, an internal combustion engine, an exhaust pipe, and all the additional mechanical parts that go in a gas-powered vehicle. Meanwhile, the Bolt needs just a battery pack and an electric motor to run.

As a result, with the Bolt, you can say goodbye to gasoline! No more high prices, no more dangerous pollution, and no more unhealthy fumes. Additionally, you will save on maintenance costs: there is no oil to change, no transmission to damage, resulting in fewer parts that can break down and far fewer tune-ups and maintenance needs. Consumer Reports estimates that these savings add up to $4,600 over the life of a car!

The Volt’s 18 kilowatt-hour battery pack lasts about 50 miles. Meanwhile, at 60 kWhs, the Bolt’s battery can go roughly 250 miles before you need to recharge. Given that the average American motorist drives less than 30 miles per day, a typical person could go a whole week without charging up their Bolt. However, most owners plug theirs in at home each night, so they can wake up ready to go.

How long does it take to charge a Chevy Bolt? Admittedly, the Bolt does take longer to fully charge. A standard Level 1 charger can fill up a Volt in just 6 hours, compared with the 48 hours required for the Bolt. However, a Level 2 JuiceBox can get the job done in 2.5 hours for the former, and 8.5 for the latter. Whatever your commute looks like, an overnight recharge should be more than enough. Plus, when you’re filling up on the road, those super-fast direct-current chargers give you an additional 100 miles of range from just thirty minutes.

Most people don’t realize that going electric doesn’t mean sacrificing performance. The Volt goes from zero to sixty in 7.5 seconds, with 150 horsepower; meanwhile, the Bolt accelerates to 60 a whole second faster, and has 200 horsepower. Their top speeds are both limited by the software to just over 90 miles per hour.

Further, the Bolt provides you with a Sport mode, if you’re looking for an extra kick. There’s also a low gear setting to maximize regenerative braking, so you can recharge your battery whenever you slow down. In contrast, the Volt uses a smooth continuously-variable transmission (CVT), which is standard for hybrids. Finally, the Bolt’s heavy battery pack is placed below the seats, which really improves its handling.

Room for People and Luggage

The Volt is 16 inches longer than the Bolt but surprisingly, the Bolt has 95 cubic feet of interior space, compared with 90 cubes for the Volt. Similarly, the Volt has about 10 cubic feet of cargo space normally—which expands to 30 with the back seats folded down—while the Bolt has 17 and 57, respectively. Further, the Volt’s battery tunnel takes up substantial foot space from the middle back seat, whereas the Bolt’s battery pack rests under the floor. Additionally, the Bolt is noticeably taller than the Volt, giving drivers more visibility and clearance.

The Bolt comes with a ten-inch touchscreen, a back-up camera, mobile Wi-Fi, and other such amenities. You can purchase several upgrades, including the “Driver Confidence” package, and the “Comfort and Convenience Package.” These add on blind-spot alerts and rear traffic monitoring, and heated seats and a heated steering wheel, respectively. The “Premier Trim” provides you with all that, and leather upholstery. Whether you like to travel in style or save on amenities, the Bolt has you covered.

The Bolt’s sticker-price begins at $36,620, while the Volt begins at MSRP $34,395. However, nearly all new electric vehicle purchases qualify for electric vehicle tax credits. Recently, federal tax credits for both battery-powered and plug-in hybrid electric vehicles have been $7,500, but Congress has just proposed increasing this to a $12,500 rebate. Further, 45 states (and the District of Columbia) add on their own EV tax credits: for example, Colorado and Connecticut have provided up to $5,000 off qualifying purchases. This credit doesn’t apply to used cars, however, so with the Volt discontinued, only the Bolt would apply.

Exactly how much you’ll pay depends on where you live and what your taxes look like, but in many states, battery-powered EVs receive a much larger incentive than do plug-in hybrids. In Massachusetts, the difference is $1,000; in Delaware, it’s $2,000. Additionally, home charging stations—like the JuiceBox Level 2 charger—are deductible from federal taxes, and Maryland refunds up to 40% of what you pay for home charging equipment.

Which One Will You Choose?

The Chevrolet Volt was a tremendously successful car. It quickly became America’s best-selling electric vehicle and received higher consumer satisfaction ratings than any other car from General Motors. But purchasing the Bolt allows you to save on gas and maintenance costs, and potentially qualify for more tax credits. The Bolt spares you and the planet from toxic fumes, and yet provides superior engine performance. It handles better, with greater visibility, and yet gives you more space, for people and things. It’s no wonder that GM considered this a sufficient replacement for their Volt!

The future looks fully electric. At least 85 new electric car models are slated to launch between now and 2024, according to Bank of America analysts. President Biden announced a goal of EVs growing to 50% of US passenger sales by 2030. Federal law already requires automakers to ensure that BEV and PHEV batteries last at least eight years or 100,000 miles, and massive improvements in battery technology keep on coming. Indeed, your Bolt battery should last 300,000 to 400,000 miles before its capacity and range seriously degrade—and the best way to keep it healthy is by using a Level 2 charger. With gas prices and global temperatures going up, there’s no better time than now to go fully electric!

Interested to know more about Chevy Bolt and Chevy Volt charging stations? Check it out today!

Find the right charger for you