EVs and the Future of Transportation: Leaving Gas Cars in the ICE Age 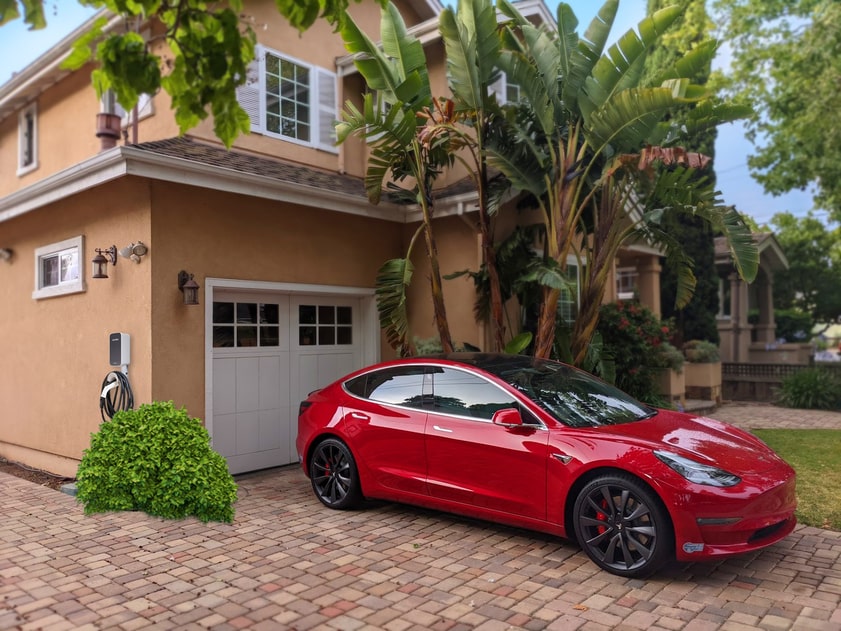 If you watched the Super Bowl this year — or just tuned in for the commercials — you may have noticed something slightly different. The cars featured in commercials may have seemed a little quieter, a little smoother… oh, and they ran on electric batteries. This year, six of the seven car commercials featured electric vehicles (EVs), rather than gas-powered cars that run on internal combustion engines (ICE).

The Super Bowl commercials show what we’ve long known to be true: EVs are the future of transportation technology. The world’s biggest automakers are investing in their electric car offerings big-time. As new technology improves and prices fall, electric vehicles will become more and more the norm, as will things like smart home charging stations.

But what will this new normal look like? And how will our society transform to get there?

With the future of transportation technology, there are several things we’re keeping our eye on.

Around the world, countries and localities are proving their commitment to electric vehicles, by passing policies and pledges to phase out gas cars partially or entirely in the near future. The more countries commit to EVs, the more that will surely follow.

• In China, the government has mandated for 40 percent of all vehicles sold to be electric by 2030. The country has already broken far ahead of its benchmark goals to get there. This past November, more than 20 percent of its new vehicles sold were EVs, a benchmark they had planned to achieve in 2025, leading experts to predict that the share of EVs sold by 2030 may be closer to 60 percent.

• The United States has set an even more ambitious goal for 50 percent of car sales to be EVs by 2030, along with a slate of policies to get there.

• For instance, President Biden just rolled out a plan to dedicate $5 billion to new electric vehicle charging stations, as part of the $30.7 billion in the Bipartisan Infrastructure Law dedicated to EVs and related infrastructure . This will lead to a national network of electric car chargers.

• California plans to entirely phase out gasoline cars, requiring all new passenger vehicles and trucks to be zero-emissions vehicles by 2035.

• A coalition of thirty countries — including India, the fourth-largest automaker globally — and six major automakers — including Ford, General Motors, Volvo, and Mercedes-Benz — have signed a pact pledging to phase out gasoline car sales by 2040 and by 2035 in “leading markets.”

Who will be next in the transportation industry? And how quickly will these automakers and regions beat their own goals? Only time will tell. In the meantime, we expect to see…

EVs are already less expensive than gas-powered cars to maintain and drive, due to their simple components and the extreme efficiency. And as new battery technology continues to improve, new cars will soon reach cost parity. Experts predict EVs will be cheaper to purchase than ICEs by 2027 in Europe, and the US won’t be far behind. EVs already have an equal or more affordable lifetime cost, so as the transportation industry’s advancements continue, EVs will continue to become more competitive. The more that EVs scale up, the faster this shift will happen. It will soon be considered a bad deal to buy gas.

Meanwhile, public EV charging stations are going to expand, per Biden’s plan and others. The more public transport and charging stations get built, the more EV ownership will become attractive to new markets, because range anxiety is one of the biggest factors preventing car owners from going electric the first time. (Of course, if you have a great home charging station like the Juicebox, along with a powerful battery, you won’t need to worry about finding a station on the road).

While we certainly see more electric models introduced every year, what will happen to existing gas vehicles? As public chargers proliferate and gas becomes old school, those who still own ICE vehicles don’t need to sell them or send them to the dump, which will continue existing in traffic circulation. Instead, more car owners will have the option to retrofit their existing cars to become electric.

At this stage, conversion isn’t cheap — running around $34,200 — but, as with all new technologies, this cost is sure to go down as advancements improve, and as more laws put strong air pollution protections in place and ramp up EV goals, we may see more of these retrofits in the future.

Some transit options are already here. For instance, E-bikes are increasingly popular in cities across the United States. During the pandemic, e-bike sales jumped 145 percent. In 2020, more than half a million people brought new e-bikes home — more than twice the number of EVs sold in the same time period! Deloitte projects 130 million e-bikes on the road by 2030.

Electric trains are already common in mass transit infrastructure, and may soon power cross-country shipping and travel. Meanwhile, localities across the country are pushing to electrify buses.

We know for sure that the more powerful and efficient batteries become, the more we’ll be able to see batteries apply to new applications. This creates what energy analyst Ramez Naam calls the “energy storage virtuous cycle.”

What’s next for batteries? Planes? Drones? Time will tell — and we’ll be watching!

It’s not just battery technology that’s improving. Technological advancements are being seen across the board for vehicles — safety features, entertainment options, and other technological enhancements — and these improvements are far more likely to be seen in EVs. With the expansion of EVs, we’ve already seen more vehicles incorporate semi-autonomous driving features, like adaptive cruise control, automatic emergency braking, blind spot monitoring, and more. Many EV models these days offer autopilot capabilities. As General Motors stated, “All AVs should be EVs.”

As more vehicles become autonomous, more and more are looking into self-driving rideshares. In cities where space is a premium and privately owned cars are parked 95 percent of the time, does it make more sense to expand a ridesharing economy? Energy expert David Roberts thinks it might be so. He envisions a shared fleet of electric, autonomous vehicles that you can order with a click of a button. It would be a more efficient usage of vehicles and land, with no need to waste valuable urban land on parking spaces and make EV riding more attractive.

Will we one day be able to have an autonomous EV get you everywhere you need to go? Time will tell.

What else? Dare to dream.

What wild ideas might be in our future? Magnetic roads that recharge electric cars? Distributed storage to prevent blackouts?

There are many roads the future may take, but we know that gas cars will soon be left in the ICE age as our roads fill up with safe, sleek, and powerful electric vehicles.