Do Electric Cars Have a Gas Backup? 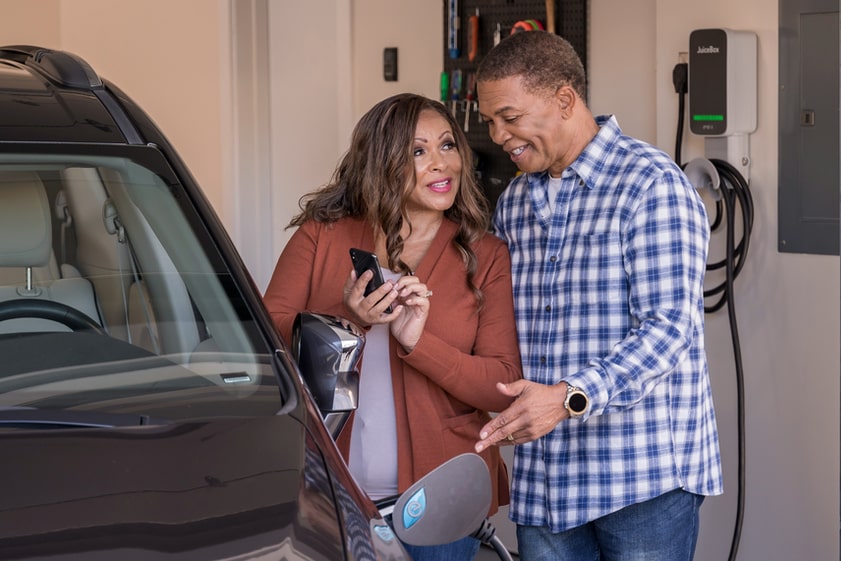 The headlines these days can be alarming -- “Six dollars a gallon for gas in Los Angeles.” “More than four dollars per gallon nationwide.” Recent weeks have seen record-high jumps in gas prices, with no sign of slowing down soon. Although many energy analysts are pointing to the Russia-Ukraine war as a driving force for gas price increases, gas prices — while notoriously volatile — were already trending upwards.

Luckily, not all transportation uses gasoline. Many people are now looking to purchase their first electric vehicle (EV), speeding up an existing trend: that the future of transportation is electric.

The economics are proving this again and again. Electric vehicles have been more efficient and less costly to operate for some time now. As of March 2022, EVs are three to six times cheaper in US than their gas-driven parts. And in response to the shift in demand, cities across the country are adding new EV charging stations to their public spaces. It’s becoming more appealing than ever to purchase and own a personal electric vehicle.

At the same time, some electric cars do run on gas. So which types of cars will be affected by the gas crisis? Which aren’t? What do electric cars run on? Read on for a helpful explainer.

Do electric cars use gas? It depends on the type

When it comes to battery-electric vehicles, there are three major categories to be familiar with:

If you hear someone talk about a “hybrid vehicle”, they’re probably talking about a hybrid electric vehicle, like the Toyota Prius. These cars have smaller batteries and do not charge externally. Their batteries are charged through regenerative breaking — a mechanism to recover the energy lost through slowing down a moving vehicle — and by the internal combustion engine itself. Thanks to the battery power, HEVs tend to get fantastic gas mileage — about 20 to 30 miles more than their gas counterparts for most models.

However, while some hybrids switch off their gas motors while stopped at stoplights, they are also completely unable to drive without gas. So while you’ll be reducing your gas usage by driving an HEV, you’ll still be vulnerable to the same potential price spikes.

PHEVs are powered by a fuel-based internal combustion engine and an electric motor with a battery that’s recharged with an external plug (which would benefit from a good home charger). PHEVs were made for drivers who want to drive primarily on battery power, yet still have the option of a gasoline engine from time to time. A fully charged PHEV can travel a decent distance on electric power — usually at least 20 to 30 miles, which is enough to cover most trips — without resorting to gas.

Many new PHEVs also qualify for a federal tax credit of up to $7,500. And even when it switches to gas, the electric motor has enough juice to act as a turbocharger. It can reach top speeds faster and make your fuel efficiency much higher. Many PHEVs have mileage rates that start in the 50s.

To make the most of your PHEV, you’ll want regular access to an EV charging station at home and maybe at work, too. And if you have a PHEV like the 2021 Honda Clarity, which can drive 47 miles at highway speeds on batteries alone, an entry-level charger will get frustrating. These Level 1 chargers, which use a standard 120V household outlet, add only four to five miles of range per hour. If your commute thoroughly drained your batteries, it would take 10 to 12 hours to recharge. But Level 2 chargers like the JuiceBox 40 charge up to nine times faster than Level 1 chargers. Using 240V outlets at home or at an EV charger rental pushes more power into your car’s batteries faster. Chargers like the Kia EV6 charger work the same way.

BEVs are powered entirely by electricity. A BEV has no internal combustion engine (ICE), no fuel tank, and no exhaust pipe. This means no pain at the pump: you supply your own charge.

Electric cars have one or more electric motors powered by a large battery, which must be charged through an external outlet. But just as with the PHEV, it can take a very long time to charge your car with a typical Level 1 charger. The Tesla Model S would take 65 hours to charge completely! While with a Level 2 charger, you’d be able to juice up easily while you sleep, with a charge time of just 8 hours.

You’ll want a powerful charger that can fully charge your vehicle overnight, like the JuiceBox Level 2 Home charger.

While electric cars tend to be more expensive to purchase (although this is changing quickly!), it has long been accepted that they are far less costly to operate and maintain. Simpler parts lead to less maintenance. And it’s generally cheaper to drive on electricity than it is to drive on gas. A 2018 study from the University of Michigan found that EVs cost less than half as much to operate as their gas-powered counterparts, and that the prices are much more stable. Over the past 10 years, the cost of fuel ranged from $1.50 to $4.00 per gallon. By comparison, electric car drivers paid about $1.20 for electricity to go the same distance.

You can run your own cost comparison at afdc.energy.gov/calc/.

And even better: charging with JuiceBox makes it even less expensive. The JuiceBox EV charger uses smart charging technology to identify the period within your charging window when energy is cheapest. The home EV charging stations will draw the most power then, helping you pay less on energy costs. And a mobile app keeps you in control of how much charge to give your car, and when.

Check out our offerings of Juicebox Level 2 chargers today!