BEV vs PHEV: Differences and Benefits 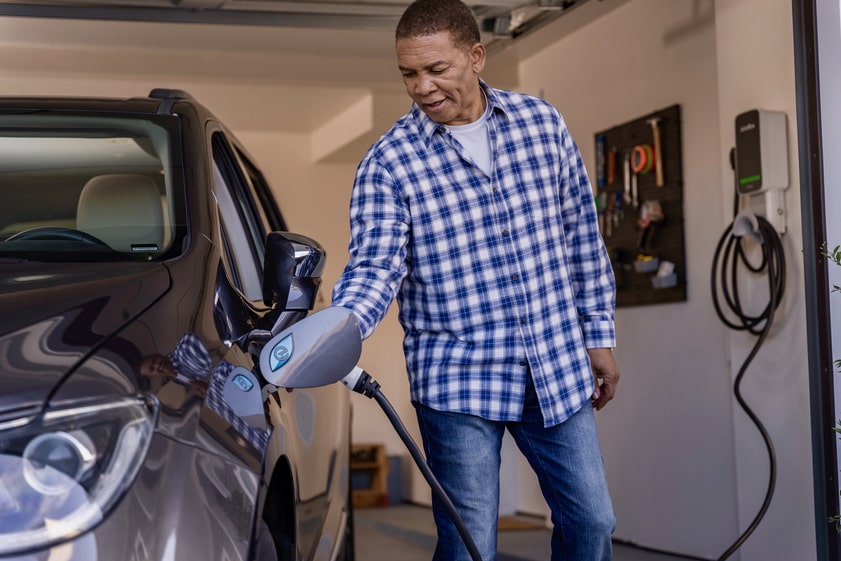 It’s an exciting time for the electric vehicle industry. We’re about to see a “tsunami” of new electric car models, according to Bank of America analysts, with 85 new models slated to launch between now and 2024.More and more drivers are opting for an electric car instead of a conventional vehicle. Car dealerships in North America are filled with new inventory and pre-owned inventory from electric car owners opting for newer models. It seems that innovative new models and groundbreaking improvements are being announced every week. With President Biden’s goal of EVs growing to 50% of U.S. passenger sales by 2030, this surge will only continue.

If you’re considering upgrading your EV, or purchasing one for the first time, it’s worth breaking down the different types of electric vehicles out there to understand which one is right for you. The most important thing to know is that electric cars generally fall into two major categories: plug-in hybrid electric vehicles (PHEVs) and battery electric vehicles (BEVs). In this article, we’ll discuss the differences between the two, and pros and cons of each.

Battery Electric Vehicles (BEV) are powered entirely by electricity. A BEV has no internal combustion engine (ICE), no fuel tank, and no exhaust pipe. Instead, it has one or more electric motors powered by a larger battery, which must be charged through an external outlet. You’ll want to have a powerful charger that can fully charge your vehicle overnight, like the JuiceBox Level 2 Home charger — more on that below.

Plug-in Hybrid Electric Vehicles (PHEVs) are powered by a fuel-based internal combustion engine, as well as an electric motor with a battery that’s rechargeable with an external plug (which would also benefit from a good home charger). A fully-charged PHEV can travel a decent distance on electric power — about 20 to 30 miles — without resorting to gas.

Important note: If you hear someone talk about a “hybrid” car, they’re probably talking about a hybrid electric vehicle, like the Toyota Prius, which has a smaller battery, does not charge externally, and is unable to drive without gas. Hybrid vehicles typically are not included in EV goals so will not be discussed in this article.

Benefits of a BEV

The simplicity of the BEV is one of its biggest advantages. There are so few moving parts in a battery electric vehicle that very little maintenance is required. There are no oil changes or other fluids like engine oil, resulting in few tune-ups that are required for a BEV. Simply plug in and go!

The savings from reduced maintenance expenses can add up to significant savings over the lifetime of the vehicle. Also, fuel costs are generally higher when using the gas-powered combustion engine versus electric power. Depending on the driving routine of a PHEV, the total cost of ownership over the electric car battery lifespan can be comparable to — or even more expensive than — that for a BEV.

When you drive fully electric, you can rest easy knowing that you’re contributing to a cleaner environment by moving the world away from gas. An internal combustion engine releases planet-warming CO2 emissions, as well as toxic chemicals like nitrous oxides, volatile organic compounds, fine particulate matter, carbon monoxide, ozone, and lead. EVs are more than four times more efficient than gas-powered cars. This is a major advantage over traditional vehicles, and equates to saving around three tons of carbon dioxide emissions each year. Moreover, EVs typically draw their electricity from the grid, which is shifting to renewables more broadly every day. Additionally, EV drivers can reduce their carbon footprint even further with JuiceEco, which matches EV charging electricity consumption with zero-emission, 100% renewable energy.

There’s no denying it: riding a fully - electric vehicle is fun. Between the silent rush of speed, the lack of smelly tailpipe emissions, and the smooth steering, people who own electric vehicles are really happy with them. A full 96 percent of EV owners never intend to go back to gas.

Benefits of a PHEV

Most of the upfront cost of an electric vehicle come from its battery. Because PHEVs have smaller batteries than BEVs, their upfront costs tend to be lower. However, as mentioned, the cost of maintaining its internal combustion engine and other non-electric parts — as well as the cost of gas — can bring the costs of a PHEV up over its lifetime. The more you drive electric, the cheaper the lifetime costs will be — so if the PHEV is well charged, and you tend to take short trips, you’ll be able to drive without resorting to gas. According to the latest National Household Travel Survey, 91% of all car trips are shorter than 20 miles, and the average driver travels 25.9 miles per day. This is within the electric range of most PHEVs on the market. We hope that, as battery technology continues to improve, the upfront costs for all electric vehicles will go down in the future.

While owners will want to keep their plug-in hybrids charged as often as possible to enjoy the savings that driving on electricity provides, they aren’t required to charge the battery in order to use the vehicle. Plug-in hybrids will act like a conventional hybrid electric vehicle if they aren’t charged up from a wall outlet. Therefore, if the owner forgets to plug the vehicle in one day or drives to a destination that doesn’t have access to an electric vehicle charger, it’s not an issue. PHEVs tend to have a shorter electric range, which means you’ll need to use gas. This is a benefit for some drivers who may have range anxiety or nerves about being able to recharge their EV on the road. We hope this will change soon, as more and more public charging stations come online. And of course, if you have a great home charger, you won’t need to worry about juicing up on the go!

There are currently more PHEVs on the market than BEVs. As of September 4, 2021, there are 32 plug-in electric hybrid vehicles (PHEVs) available in the U.S. BMW offers five while Volvo and Audi each offer three PHEV models. As of January 9, 2021, there are 19 battery-electric vehicle models available in the U.S. and 26 total including model variants. The companies offering BEVs include Tesla, Ford Mustang, and more.

Here are examples of top-selling PHEVs, and how their charging times compare:

No matter which kind of EV you own, you’ll want to have a good charger at home or in your workplace. Make sure to check out our Level 2 charging stations for your home or business.