Are electric cars better for the environment? 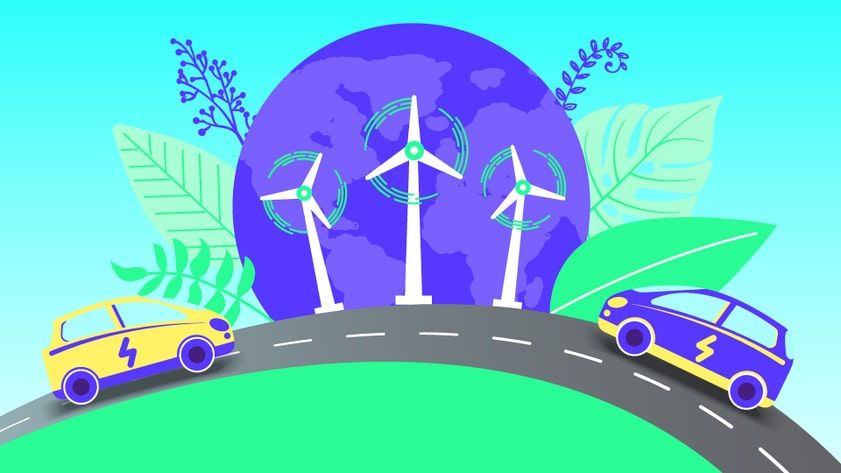 The future will be traveled in an electric car. Seventy-one percent of Americans plan to buy an electric vehicle in the future — chances are, you’re one of them.

Every major automaker currently sells electric cars or has plans in the works. In the near future, there will be electric trucks, convertibles, and even more compact, mid-size, and SUV models rolled out. Major automakers like GM and Ford are investing billions into electric vehicle (EV) production over the next few years, with Ford committing to electrify all of its passenger cars by 2030, and GM pledging 30 new EVs by 2025 and a complete transition to all-electric cars and SUVs by 2035. It’s clear that the age of the electric vehicle has arrived. The switch to EVs is driven primarily by consumer demand for environmentally friendly transportation options. It is also backed by the federal government, which is leaning heavily on EVs to address climate change.

But are electric cars really better for the environment than gasoline-powered cars?

YES — in more ways than one.

Are electric car actually better for the environment? Well, fossil fuel or gasoline-powered cars run on an internal combustion engine (ICE) that releases a lot of pollution through the exhaust pipes. Not only do they release planet-warming CO2 emissions and other greenhouse gas emissions, but they also spew toxic chemicals such as nitrous oxides, volatile organic compounds, fine particulate matter, carbon monoxide, ozone, and lead. Researchers have linked vehicle tailpipe emissions to nearly 360,000 premature deaths per year worldwide; some found 200,000 premature deaths in the United States alone. What’s more, the health impacts of gas-powered cars are not felt equally by all. Low-income communities and communities of color are more likely to live in areas with dangerous levels of air pollution, particularly from gas petrol-powered cars. These groups are also more likely to suffer from lung and heart problems.

Electric vehicles, by comparison, produce zero direct emissions. Switching to EVs offers a great opportunity to clean up the air in your community. The more people that switch to EVs, the cleaner the air will be for everyone.

When deciding whether or not something is environmentally friendly, you’ll want to take the entire lifecycle emissions into consideration. This means the energy that it requires to extract raw materials, manufacture, operate, and eventually get rid of the car (usually through resale).

It takes energy to build an electric car — just as it does with a conventional vehicle. But the energy savings you get with driving a zero-emissions vehicle more than makes up for the energy it takes to build. Within six to sixteen months, your electric vehicle will already have lower lifecycle emissions than a gasoline-powered car.

And as EV production increases, manufacturing emissions for electric vehicles will go down with more efficient extraction and EV battery recycling technologies. All told, from cradle to grave, new electric cars generate just half the emissions as those from a comparable gasoline-powered car.

Meanwhile, with more electric vehicles on the market, you’ll be more and more likely to purchase one secondhand — in which case, the only emissions that count will be the ones that power your car.

Electric vehicles are more efficient than their gas-powered counterparts

The amount of carbon emissions required to power an electric vehicle is directly connected to how efficient the vehicle is. And in the race to efficiency, battery-powered engines are miles ahead. A gas powered car is incredibly inefficient. They typically convert only about 17-21 percent of the available energy in gasoline to kinetic energy powering the car. The rest is lost on wasted heat, expended on the motion within the engine, or released through the tailpipe.

Electric vehicles, by contrast, are more than four times more efficient than gas-powered cars. About 77 percent of energy drawn from the grid is used to power the vehicle forward. This is a major advantage over traditional vehicles, and equates to saving around three tons of carbon dioxide emissions each year.

Electric cars can be powered by clean energy

Electric vehicles must get their energy somewhere. Their power comes from the electricity grid, either by plugging in at your home, work, or a public charging station. You might wonder: is switching from gas to electric just switching your car from gas to coal? This is one of the most infamous criticisms of electric vehicles — but it’s just not true!

According to several studies, electric cars almost always run cleaner than gas, thanks to the efficiency improvements discussed above. Unless your car is getting its power from a solar system on your roof, electric vehicles draw electricity from the electric grid — which, yes, historically was mainly powered by coal. But that hasn’t been true since the early 2000s; gas and nuclear have since edged it out, and renewable energy sources are quickly on the rise.

As the electric grid continues to get cleaner, EVs — both new and used — will get cleaner as well. Renewables currently power 21 percent of electricity in the US, and federal leaders have pledged to make electricity entirely carbon pollution-free by 2035. Even now, several states are on their way to that goal, with states in New England and the West having strong policies supporting the move towards 100 percent renewables. Today, Vermont already generates 99.9 percent of its electricity from renewable resources — and Idaho, while perhaps not often thought of for its clean energy, reports 76 percent renewables.

With an EV, you’ll typically be able to get where you need to go in a day using one charge at home. Here are some steps you can take to ensure your electric car is powered by clean, renewable energy:

So, are electric cars good for the environment?

What does owning an electric vehicle do to your carbon footprint? Are electric cars really better for the environment? The next time you ask yourself this question — or overhear a friend ask — you now have the answer. Yes!