Everything You Need to Know about V2G 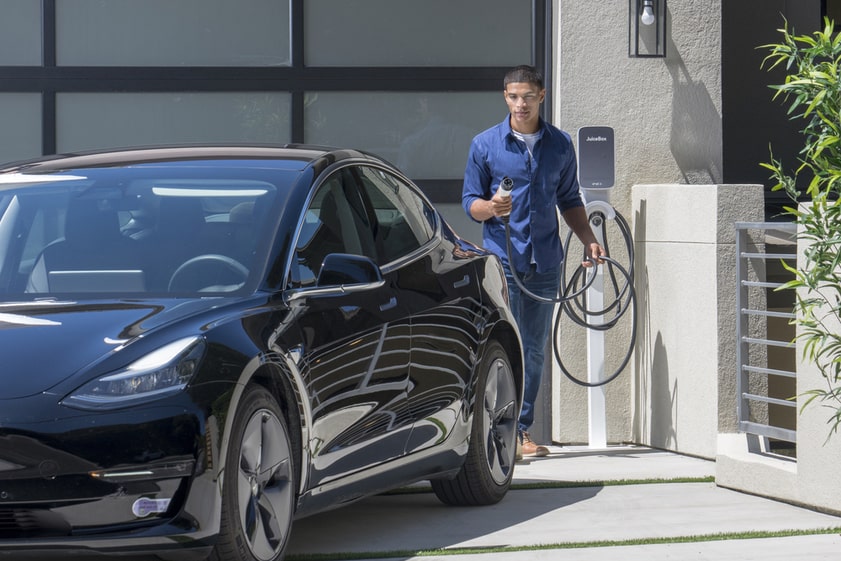 Electricity generation is a dynamic process. Most of the time, we aren't aware of the vagaries of power supply and demand—because grid operators are able to manage the delicate balance. But when scorching temperatures across the western United States caused power plants to go offline, just as consumers were cranking up AC systems to stay cool, it resulted in rolling blackouts in California.

Some policy groups worry that the problem will only get worse when greater numbers of Americans drive electric vehicles. They say a perfect storm will affect the U.S. grid's future—extreme weather, a shift to intermittent renewable energy sources, and EVs needing to charge. These groups call for ramping up energy production, mostly from fossil fuels, combined with expensive projects to back up and store massive amounts of energy storage. What these detractors fail to consider is how the electric vehicle is not the problem for the grid. In fact, EVs are a big part of the electricity solution.

The grid-fortifying technology that garners the most headlines is called vehicle-to-grid (V2G). The media latches on to V2G because it's futuristic. An electric vehicle with vehicle-to-grid capability—once it's plugged in—not only receives power but can also pull it from the car's EV battery pack, supplying it back to buildings and other infrastructure. It's a bidirectional charging flow.

In March 2020, Nissan demonstrated how a 7-Eleven convenience store could use energy from a Leaf electric car to keep the lights on during a blackout. That pilot project followed a demonstration of V2G technology used to supplement power to the Johan Cruijff ArenA in Amsterdam, home to the celebrated AFC Ajax soccer team. The project illustrated how an EV fleet of a couple of thousand plugged in the parking lot could help power the stadium—forming a revenue source for the arena and EV-driving fans. Now imagine V2G deployed across an entire nation.

These demonstrations are indeed promising. However, bringing V2G technology to scale is years away. V2G communications protocols are nascent. The auto and utility industries have not agreed on standards. Only two vehicles, the Nissan Leaf and Mitsubishi Outlander are currently equipped with the V2G capability.

In the meantime, savvy utilities, fleet managers, and consumers are already using an EV charging technology to manage demand on the grid. It's dubbed V1G because it's a precursor to V2G. But it's more aptly named smart charging—the use of software, hardware, intelligence, and systems to manage when and how an electric vehicle is charged.

The fact that V1G uses a single direction flow of energy from the grid to the car. Nonetheless, it’s a powerful tool. Here’s why: EV drivers, on a typical day, only need to charge for a couple of hours to fill the EV battery for the next day of driving. An EV can get plugged in at 6 pm but it commonly has 12 to 15 hours' worth of flexibility to receive those two or so hours of juice. Now consider that California has more than 700,000 electric vehicles on its roads. It wouldn't make sense for all of them to start charging simultaneously—and thanks to smart charging systems, they don't need to.

Based on a dynamic and intelligent smart charging system, the charge can be staggered throughout the night—sometimes based on when the winds are blowing at night and turbines generate excess reactive power on the grid. Alternatively, it might be advantageous for thousands of EVs to charge during the day when solar power generation peaks. EV Time-of-Use electric rate structures for consumers and fleet managers can be considered in a smart V1G system.

Joel Obillo, head of demand response at Enel X North America, acknowledged that 2020 had brought disruption to energy markets—a whipsaw of low demand due to COVID followed by high demand due to hot weather. In response, Enel X's JuiceNet Utility Edition software delayed charging for the JuicePoints customers in California.

In California, Enel X has already deployed a 70-MW highly distributed virtual battery, essentially the aggregate capacity of its JuiceBox home charging stations. A portion of those units participate in wholesale day-ahead and real-time markets, all while helping to balance grid demand. This is where demand response can serve as a sustainable resource for increasing grid resilience while keeping electric prices affordable during energy peak demand. That's just the start of where V1G is going—especially considering that the number of EVs in California is expected to grow to about 5 million in 2030.

A study by the Lawrence Berkeley National Laboratory (LBNL) scientists revealed that EVs with V1G mechanisms could provide 1GW of storage capacity in California by 2025, equating to net cost savings for renewables integration of $1.3 to $1.6 billion. Combining V2G capability (when it's eventually ready) with V1G represents the equivalent of adding up to $15.4 billion in stationary energy storage, according to the study.

By 2030, the Golden State is forecast to need about 17,000 gigawatt-hours of energy storage to support the smart grid. Those 5 million EVs, plus V1G technology, will allow the state to reach that goal. The LBNL authors reported that "the California Storage Mandate can be accomplished through the [zero-emission vehicle] ZEV Mandate, provided that controlled charging is also widely deployed."

Following the recent conclusion of the CPUC’s VGI Working Group, the agency is now turning to the question of implementing the provisions of the bill, which it is required to do by the end of the year. In the near-term, Enel X will be pushing to implement VGI through innovative approaches to rate design, including dynamic rates, interconnection tariffs for EVSE load management and V2G, and integrating managed charging into wholesale markets. The CEC’s VGI Roadmap update, expected Q3 or Q4, should also drive new market opportunities for managed charging.

Enel X also helped establish an industry association, the VGI Council, to centralize industry positioning on market development and technical solutions for VGI. The group has quickly assumed a leading role in the VGI policy activities listed above, as well as California’s push to implement an interconnection pathway for “mobile inverter” (or alternating current [AC]) V2G systems, which promise to introduce V2G system capabilities to mass-market light-duty vehicles at least cost.

Until there are more top-down activities in the policy arena, Enel X will still take a bottoms up approach to implementing managed charging. Enel X believes policymakers can best encourage managed charging and V2G technology by establishing market frameworks and sending price signals to allow for the monetization of VGI grid services.

“We need to break out of the predominant mindset of the past decade that has greatly inhibited VGI deployment, namely: ‘show us the value’ first before moving to implement programs, markets, and rates that enable VGI, which comes from more of a central planning approach. We need to create the right conditions for third-party providers to bring VGI services to market, and these solutions will start to see huge uptake if they deliver tangible value to drivers and provide a cost-competitive solution for meeting customer- and grid-facing needs compared to other resources,” said Enel X Vice President of Market Operations, David Schlosberg.

In the meantime, better planning is needed by utilities, grid operators, policymakers, and standards agencies to address the lack of top down measures and bring game changing solutions like AC V2G to the market. V1G can lay the groundwork necessary through the development of the controls and infrastructure that could facilitate a V2G future and therefore is worth investing in.