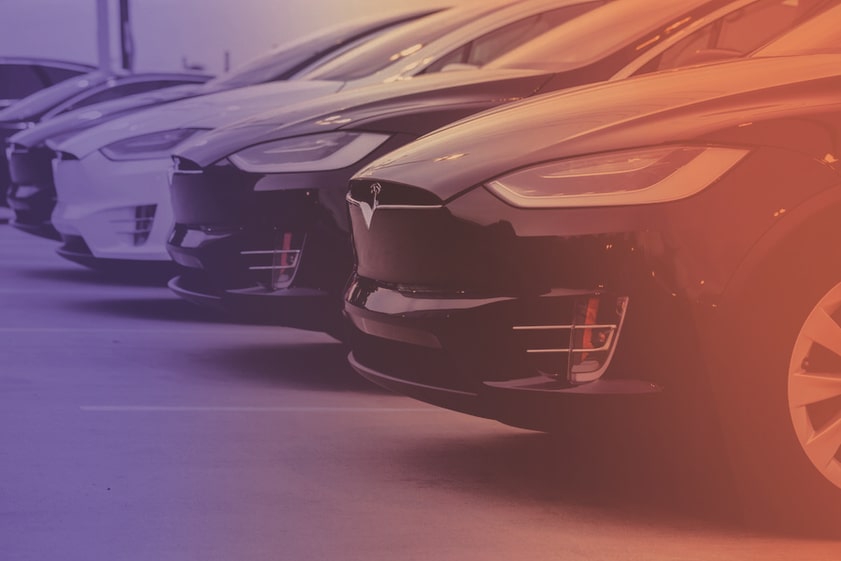 When Tesla revealed the all-electric Model S, auto and tech enthusiasts alike scrambled to get on the waiting list. In the same spirit as the sportier Roadster, the Model S boasted world-class acceleration, cutting-edge technology, unparalleled safety, and most importantly, the ability to drive with zero tailpipe emissions. The early Model S success enabled Tesla to grow and introduce the best-selling Model 3 in 2017.

Now, as Tesla prepares to release the equally affordable Model Y even more consumers are migrating to the Tesla camp. Many of these new converts claim that the larger upfront investment will be offset by lower operating costs over the lifetime of the vehicle. For an EV owner to fully understand how do electric cars work and the costs to charge a Tesla, we have shared everything you need to consider about the Tesla charging cost before you make the switch.

In 2008, Tesla announced its all-electric sedan, originally codenamed “WhiteStar,” which is now known by consumers as the Model S. At the time, most experts welcomed and praised Tesla’s innovative new electric car technology, and many also asked probing questions like: How would it be charged? Where would it be charged? How much would Tesla charging cost?

It wasn’t until September 24, 2012, until those questions were answered by a Tesla press release, which stated:

Unfortunately, Tesla no longer offers free unlimited access to its Supercharger network to all of its new customers. The policy with the free unlimited supercharging has changed a few times, but here is an overview a Tesla EV driver should know:

• Model S & Model X: Early adopters, which ordered a Tesla Model S or Model X before January 15, 2017, and had a delivery before April 15, 2017, were granted unlimited access to the free Supercharger network. During this policy change, Tesla began offering every new Tesla owner 400 kilowatt-hours of electricity credits each year for Model S and Model X orders after January 15, 2017. Then August 3, 2019, Tesla offered free unlimited credits for orders again.

• Model 3, Model Y & Cybertruck: These vehicles do not currently come with free charging network access to the Tesla Supercharger network upon purchase. However, Model 3 users that received a referral link on or after October 1, 2019, can earn 1,000 miles of free Supercharging after their purchase of a new Tesla car. Tesla referral program details are here: https://www.tesla.com/support/referral-program

• Using that 28¢ per kWh figure, filling up a 100kWh car at a public charging station would cost you $28. Comparatively, the current national average for regular unleaded gas is at $2.66 per gallon.

For a 12-gallon vehicle that would cost $31.92. It is also important to consider that Tesla likely has an extended driving range compared to most 12-gallon cars when evaluating pricing.

Billing/minute
At a Tesla charging station where billing at kW/hour is impossible, Tesla applies a billing per minute model that uses two tiers to account for changes in charging speed.

• Tier 1 – This tier is for Tesla vehicles charging at or below 60kW or any vehicle; or for any vehicle that is sharing Supercharger power with another vehicle. Typically, tier 1 costs half the price of a Level 2 charging station.

Although the cost can vary by location and change throughout the day, currently, it would cost an EV driver 13¢ for every minute during this charging session.

• Tier 2 – Or level 2 charger is for Tesla vehicles that have more than 60% of their total kW charge, the price is doubled to encourage users to reach that threshold and then finish charging later at home or work. Currently, that would cost 26¢ per minute spent charging.

“Idle fees apply to any car occupying a Supercharger if the station is at least 50% full and once the charging session is complete. If the car is moved within 5 minutes of the charge session completion, the fee is waived. To be clear, this is purely about increasing customer happiness and we hope to never make any money from it.”

Tesla recommends that owners do the majority of their charging at home, seeing as this will save them money while also keeping the Tesla charging station free for drivers who are in greater need of a charge.  An at-home charging station has one primary operating cost:

Electricity cost
The home charging cost depends on the Tesla driver’s residential electricity rate. Pricing varies from state to state to charge a Tesla. Currently, the cost to charge a Tesla Model S with a battery capacity of 100 kWH in the top EV states looks like the following:

There will always be costs associated with operating any car, but a new Tesla owners can minimize operating expenses and save on Tesla battery cost with a JuiceBox smart EV charger.