How Does The Prius Battery Charging System Work? 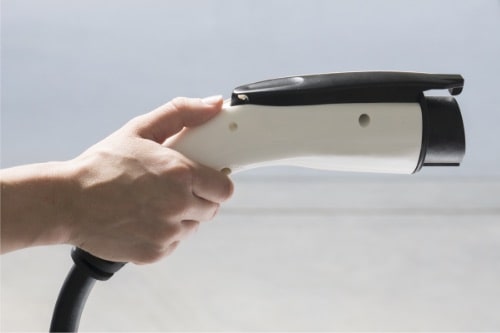 When you think of a hybrid vehicle, chances are you picture a Prius. The longstanding flagship model from Toyota is recognized as the hybrid industry’s gold standard. From dependability to fuel economy, this vehicle ensures that drivers arrive safely and efficiently. But how does this hybrid actually work and how long do Prius batteries last? This article will explain everything you need to know about Prius battery charging.

At this point, there are multiple generations of Prius models. Originally, in the first and second-generation Prius, the car came standard with a 1.5-liter gasoline engine and a twelve-volt battery that powered the electric motor. As the Prius progressed, the machine became more sophisticated and began using a 1.3 kWh NiMH battery pack. These battery packs come standard in all models after 2012 and draw their battery charge from the recycled energy of the gas-powered engine. These modifications to the Prius made the vehicle more powerful, all while keeping the same fuel efficiency and low emission rating that the hybrid was famous for.

In 2012, Toyota introduced the plug-in hybrid version of the Prius, which refers to the fact that the car can be plugged in to charge the battery. So, where you charge the electric car’s battery can even be in the comfort of your home. The Prius plug-in hybrid is different from the standard hybrid model, which does not offer a plug-in option. The Prius plug-in hybrid still utilizes the same hybrid technology that comes standard in other Prius models. The most significant difference between the two variations of the vehicle comes from the plug-in Prius’ ability to run completely in electric mode.

The plug-in Prius is especially fascinating because of its ability to be plugged into a standard 120V outlet you would find in your home. The plug-in version of the Prius only takes three hours for a fully charged battery when receiving a charge from a 120V source. Additionally, the plug-in Prius still utilizes the regenerative braking system that charges the battery of the Prius while the car is on the move. This means that for most plug-in models, the vehicle only needs to be plugged in on rare occasions.

Because the Prius Prime’s battery is only 8.8 kWh, it’s possible to use the 120v level 1 charger provided with the car for daily charging. However, a more powerful level 2 charger like the JuiceBox Pro 32 or 40, would fully recharge the vehicle quickly, and allow the owners to drive more miles on clean, less expensive electricity. Owners can also take advantage of the many smart charging features available on the JuiceBox which can make charging more convenient, and also save some money.

For all other standard models of Prius, power is generated primarily by the gas-powered motor. While the Prius does have an electric motor, the car is not considered to be an “electric vehicle.” The ingenuity of the Prius comes from when and how it switches from being a gas-powered vehicle to an electrically powered vehicle.

The reason the Prius is such a popular car amongst commuters in metropolitan areas is due to the car’s ability to seamlessly switch from gas to electric. The ability of the Prius to engage the electric motor in short bursts, especially at slow speeds, does wonders for fuel economy. The car relies on the power of the gas motor for acceleration and high speeds, which is when a gas motor is at its peak efficiency.

Where a typical gas motor falls short is in slow-paced city driving, like side streets and traffic. These situations are where a Prius shines. The Prius engages the electric motor at speeds under 15mph which draws its power from the large battery pack inside the car.

How does the Prius battery get its charge?

The Prius Hybrid battery gets its charge through a normal drive cycle. The hybrid version doesn’t ever need to be plugged in to recharge the battery, because the Prius manages the battery charge itself and keeps it topped up using power from the gasoline engine and/or power recovered during braking or decelerating.

That said, the Prius Plug-in Hybrid, like the new Prius Prime, also recaptures energy while its driving using its built in regenerative braking technology, but can also be plugged into a Level 1 or Level 2 charging station. Regenerative braking is an energy recovery mechanism that slows the electric vehicle by converting its kinetic energy into a form that can be either used immediately or stored until needed.

The real ingenuity of the Prius comes in the form of recycled power. The Prius is a prime example of regenerative power, and its patented regenerative braking system is the pinnacle of this concept.

How does regenerative braking work?

Regenerative braking occurs when the car begins to brake or decelerate. As the car decelerates, the engine is still putting out power. Simultaneously, the car shuts off the engine, saving your electric car’s battery life and gas. This process recycles energy that would otherwise just be wasted by slowing down and braking.

How does the Prius engine operate?

With two different sources of power you might be asking yourself, how exactly does the engine in a Prius operate? Very simply, the Prius, like most hybrids, has two motors. The Prius has a small gas-powered motor like you would find in a sub-compact economy vehicle, but it also has a small electric motor like you would find in a small electric car. These two motors serve two very different functions regarding the operation of the vehicle.

The electric motor is powered by a 1.3 kWh NiMH Battery Pack and is responsible for powering all-electric components of the vehicle. Just like a regular gas-powered car, things like interior lights, the stereo, even the automatic windows are controlled by the battery. However, unlike a traditional gas-powered battery, the battery in a Prius is also responsible for making the car move.

It is at top cruising speeds where gas engines are most efficient, and as a result, the Prius shuts down the electric engine to save the life of the battery. Additionally, the Prius draws energy from the power being created by the gas-powered motor as well as the turning wheels and stores this power in the rechargeable battery pack. When the Prius comes to a full stop, both engines shut off completely, and only the electricity of the car remains on.

But how is the Prius able to switch between engines?

Does my Prius battery ever completely discharge?

The standard battery in a Prius is only 12-volt, but more automakers are turning to 48-volt batteries to improve hybrid fuel efficiency. The 12-volt battery means that it only takes about four weeks for the battery to relinquish all of its electrical charges. This process could be even shorter, depending on if the car is locked with the alarm system engaged. Although the security system for your Prius only requires a small amount of electrical power, it is enough to discharge the battery in about 3 weeks altogether. As a result of this, the Toyota user manual advises that every Prius should be run for at least 30 minutes every two weeks.

If your battery does discharge, it may be possible to recharge the battery by running the vehicle. If the battery completely dies, then you would likely be faced with a hefty sum for the replacement cost. Due to the delicate balance of the Prius’ electrical system, it is essential to run the car every two weeks to maintain the correct charge. Typically a period longer than four weeks will affect not only the battery but the fuel as well. Fuel can become sludgy and almost unusable after a long enough period, so if you plan on leaving your Prius idle for a long duration, follow these guidelines:

The battery is a critical piece in the mechanics of the Prius. While the battery only provides some of the power needed for operation, the power it provides allows the Prius to deliver the fuel economy and low emissions it is known for. The entire build of the Prius is centered around supplying energy to the battery. As a result, the battery can provide sufficient power for low-speed driving, making it the perfect car for a world full of commuters.