Speed Without Repentance, $7.5B EV Orders in 24 Hours

This week, Tesla took orders for over 180,000 Model 3 sedans in 24 hours, representing about $7.5B in future revenues to the company. Can anyone say "inflection point"? 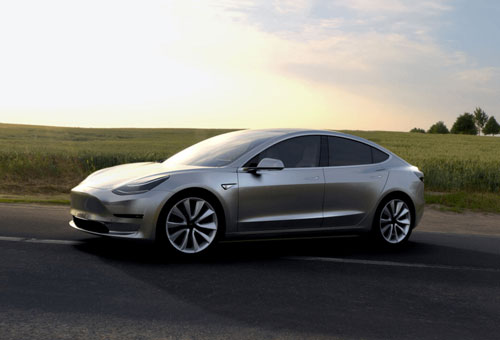 In Europe, Stefan Niemand, who oversees Audi’s electromobility strategy said “Speed without repentance” is the promise of electric transportation. Niemand criticized the industry for missing a huge chance:

“Those who had ever driven electrically are lost for the internal combustion
engine for all times”, Niemand said.

Audi has decided to launch series production of an electric three-motor luxury SUV with up to 370 kW (500 hp) in 2018. “We need awesome cars and a seamless infrastructure,” he said. In like vein, Porsche R&D director Michael Steiner said “The next logical step is the electrification”.

BMW announced this past week shifting strategy toward more all-electric vehicles in order to address a "new era" in the industry. BMW revealed initial details of its new Strategy NUMBER ONE > NEXT:

The technological focus will therefore be on consistently achieving further advances in the fields of electric mobility and automated driving. “

Who's Next With Similar Orders? 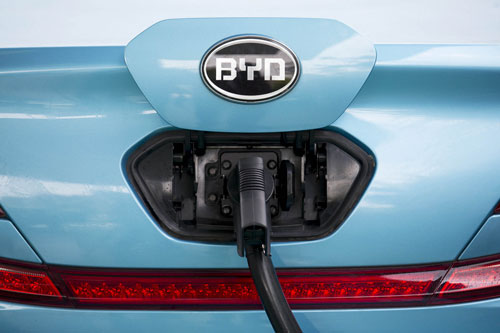 “EVs are also relatively simple machines:  A battery and electric motors. They require far less service, no oil changes and they are extremely reliable. With battery technology improving and the charging infrastructure expanding in much of the world, we are nearing the turning point where EVs will become more of a mainstream option.”

And, in this article, Bloomberg describes how BYD Sees Electric-Car Sales Tripling in Market Coveted by Tesla and may sell as many as 150,000 new-energy vehicles this year, compared with the 58,000 it delivered in 2015. China has stepped up the building of charging infrastructure and rolled out incentives to encourage automakers and consumers to switch to electric vehicles as part of a broader initiative to mitigate the toll that rising car ownership is exacting on the environment. Industry-wide EV sales surged more than threefold to 331,000 units last year as the government pushes to reach its target of having five million of the vehicles on its roads by the end of the decade.