Why Smart Cities are the Key to Widespread EV Adoption 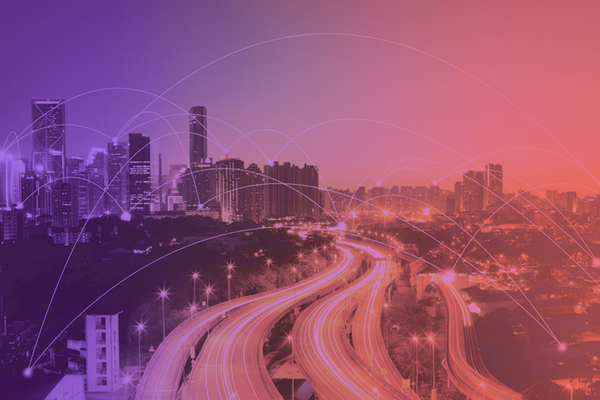 Across the globe, transportation policy is primarily managed at the national level and Federal governments are generally responsible for safety guidelines, efficiency standards, and emissions regulations for automakers. The $7,500 tax credit for EVs purchased and various EVSE incentives available are a prime example of how federal policy incentivizes consumer purchases But a shift is underway. In recent years, cities have become a driving force for widespread EV adoption.

A late 2018 report from the International Council for Clean Transportation indicated that nearly half of the world’s electric vehicles are in 25 cities. Those cities represent just 12 percent of the globe’s passenger vehicle sales but account for 44 percent of the cumulative EV sales.

In the first few years of the EV market, battery-powered cars carried a significant price premium—even when their driving range was relatively limited. The electricity demand that was necessary to power an EV model vehicle had not yet become a norm in the market, leading to high price tags on the vehicles themselves. That didn’t hamper the growth of EVs because plenty of urban drivers—high-earning, tech-savvy consumers in cities—wanted to be in the vanguard, especially when it comes to the environment.

A shining example was San Jose, Calif., located in the heart of Silicon Valley. It has one of the world’s highest EV adoption rates at about 20 percent. Relatively well-to-do and eco-minded urban consumers in Oslo follow the same model. In 2020, nearly half of Norway’s car sales are purely electric. The early-adopter crowd in other major cities—including San Francisco, Los Angeles, Paris, and London—laid the foundation for clean transportation worldwide. But to achieve broad penetration of electric-car sales across the globe, EV-friendly city officials must take a more prominent role.

Answering the need where it’s felt most

Why are cities so crucial for EV adoption? Two reasons. First, cities have the biggest need to clean up the air. C40, a New York-based network of the world’s megacities, reports that cities consume over two-thirds of the world’s energy and account for more than 70 percent of global carbon emissions. Tailpipe carbon emissions from gridlocked cars, trucks, and buses have profound detrimental effects on residents of the world’s largest cities, from Beijing and New Delhi to Mexico City, and LA – the latter being the hazy poster child for the fact that emissions from vehicles contribute about one-third of all US air pollution.

Here’s the second reason. Municipalities have a lot of decision-making power when it comes to transportation planning. Cities can exert this authority in several ways—by restricting access to different high-traffic regions (via congestion zones), regulating taxis and ridesharing, and purchasing electric vehicles for large municipal fleets. Local governments can also implement ordinances for environmental goals such as targets for reduced vehicle emissions in order to ensure that EV drivers have adequate commercial charging infrastructure. Across the country, local ordinances are putting pressure on business and multi-family dwellings to accommodate EV drivers with a charging station designed for commercial use.

Los Angeles checks off both boxes. It has a major air-pollution problem and a mayor willing to do something about it. “With flames on our hillsides and floods in our streets, cities cannot wait another moment to confront the climate crisis with everything we’ve got,” LA Mayor Eric Garcetti told the Huffington Post.

Mayor Eric Garcetti proposes 80% of vehicles sold in Los Angeles will be electric by 2028. By that time, nearly one-third of the cars on the road would be zero-emission vehicles. Even more impressive is the city’s goal to evolve its bus fleet to go all-electric by 2030 and its garbage trucks five years after. The city also recently bought its first electric fire truck, with more to come. Plans are also underway that require all ridesharing companies that operate in Los Angeles to be electric. The city is further trying to undergo major changes in the coming years related to renewable energy and EVs by making public charging infrastructure more accessible across parking lots and workplaces. Mayor Garcetti said, “We have the power to regulate car share. We can mandate and are looking closely at mandating that any of those vehicles in the future be electric.”

Zones that are congestion- and emission-free

New York City shares similar goals to LA. It calls for 20 percent of cars to be electric by 2025. A traffic congestion fee will take effect in the Big Apple in 2022—with NYC joining the likes of London, Singapore, Milan, Stockholm, and San Diego to restrict or require fees for cars to enter dense and highly polluted city zones. Notably, electric vehicles don’t have tailpipes, so they are exempt from these congestion rules.

Furthermore, eleven of the world’s top EV cities are in China—and for good reasons. Not only does the Chinese federal government mandate electric car production and offer generous sales incentives, but Chinese cities also enact pro-EV implementation policies. Since 2011, Beijing residents have participated in a lottery-type system to even own a car. Fewer license plates are granted to gas cars than EVs—and the percentage of electric vehicles continues to grow. This means cities are forcing consumers who want a new car to wait in a queue—sometimes for years. But buyers can get an EV much faster, often with attractive purchase incentives. And while gas cars are forced to remain idle at least one day per week (based on license plate numbers), zero-emission EVs don’t have that restriction. This mandated process of receiving a car in China has led to a huge rise in the electric vehicle market and has changed the course for automakers and manufacturers who have an incentive to join the EV market now. Beijing is not the only city with these policies. Seven other Chinese cities, including Shanghai and Shenzhen, have adopted similar car-restriction policies favoring EVs, according to BloombergNEF.

China’s centralized government structure allows it to take many of these assertive steps. But cities in major global markets have other tools. The long list of city-based policies and programs to promote widespread EV adoption include free public EV charging; building codes that require spots for EV charging stations; special road and lane access; preferred and free parking for EVs; and local tax incentives and rebates for buying electric cars and installing charging stations at workplaces and homes.

Garnering public support for pro-EV legislation at the national level can be a time-consuming process. And automakers introducing electric vehicles will take a generation or two of technology to evolve before making a wholesale shift to zero-emission cars. But leaders of forward-thinking cities tend to be more aligned on environmental policy—and ready to take bold action to advance electric vehicle adoption. Their citizens’ health depends on it. That’s why about a dozen major global cities have set deadlines to oust gas or diesel vehicles from their city limits. Amsterdam, Athens, Auckland, Barcelona, Brussels, Cape Town, Copenhagen, London, Los Angeles, Madrid, Mexico City, Milan, Oxford, Paris, Quito, Rome, Seattle, and Vancouver have all declared that sales of gas or diesel vehicles will no longer be permitted by 2030. Many of these smart cities plan to implement the rules by 2025.